Following success at the Credit Suisse Netball tournament at the Copperbox in London on the 21st of October, the Devs have won their first home fixture, making it 3 wins from 3 in 5th week for OUNC.

At the Copperbox the newly formed Dev squad performed brilliantly, coming second overall, only losing 4-2 to their Cambridge counterparts in the final – noting that the Tabs team included some second team players. All in all, getting to meet England Netball stars, play at the Copperbox and get a taste of the Oxford-Cambridge rivalry made for a very enjoyable day; thanks to Credit Suisse. 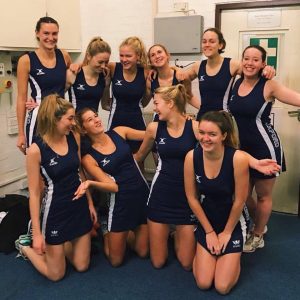 This weekend, at Iffley Road, the Devs continued to show progress, as they clinched a 36-32 victory against a technically impressive team from Bromsgrove school. Every quarter was played at high intensity and due credit must be given to the high fitness levels that carried the Devs through. Whilst everyone who played could be picked out for exceptional play, special mentions go to Hannah McNichol killing it in the shooting circle; Tilly Thatcher on fire picking off countless interceptions in centre court and Izzy Picton-Turbevill jumping astonishingly high for rebounds in the defensive circle.

Safe to say our Development squad are developing nicely; their definitely a force to be reckoned with!